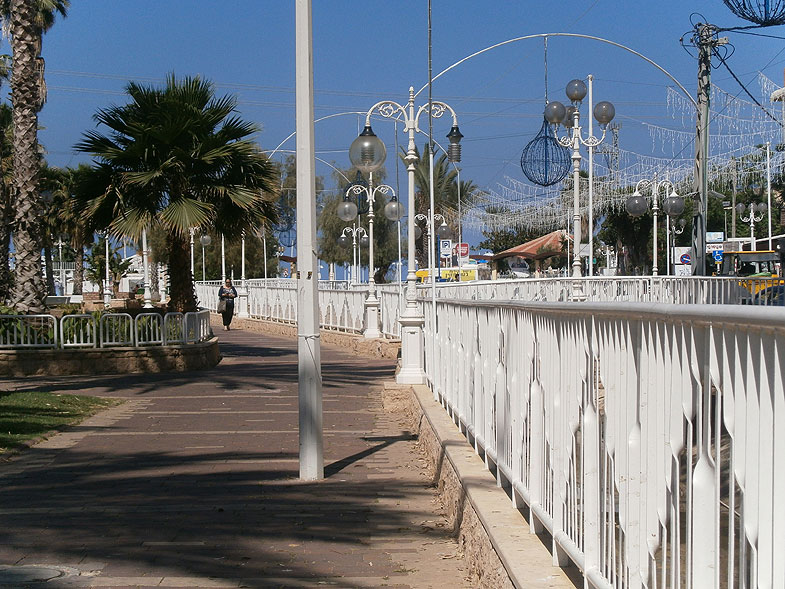 Nahariya is a city on the Mediterranean coast, 34 kilometers north of Haifa. His name comes from the word "nahar" - "river", in honor of the flowing through it the river Gaaton.

The land on which Nahariya is located was purchased in 1934. Initially, there was a farm called "Mini Farms of Nahariya".

The first inhabitants of Nahariya were two families of refugees from Nazi Germany, who settled here in 1935.

Soon the inhabitants of the new settlement opened several boarding houses and sanatoriums, the first clients of which were British officials. At the same time, the food industry began to develop successfully in the new settlement. In particular, the companies "Strauss" and "Zoglobek" have their roots in Nahariya.

In the late 30's and early 40's, Nahariya hosted ships with illegal immigrants.

On the eve of the proclamation of the Independence of the State of Israel, Nahariya fell into a blockade - products could only be delivered to it from the sea from Haifa. But on May 14, 1948, during the Operation Ben-Ami, a column of trucks broke through into the settlement and it was released.

Nahariya received the status of the city in 1961.

Nahariya, a city with beautiful sandy beaches, is a tourist and resort center. Here there are hotels of the highest class.

Near the city, near the Lebanese border, are the grottoes of Rosh HaNikra. In the vicinity of Nahariya there are ruins of the fortresses of the Crusaders.

City streets and attractions near the city:

Nahariya. Park in the beach

Nahariya. Promenade in the beach

City streets and attractions near the city:

Nahariya. Park in the beach

Nahariya. Promenade in the beach

Israeli Settlements in Judea and Samaria

Religious Cities and Villages of Israel

Distances between Cities and Villages

The Health Care System in Israel

Hospitals and Medical Centers in Israel

Cities and Villages of Israel

Traveling in the Holy Land

The Antiquities of the Land of Israel